On July 1st of 2019, the cyber security company VpnMentor released one testing report to remind ORVIBO that there is security risk at ElasticSearch, the 3rd party’s log system applied in ORVIBO’s AWS servers located in North America. ORVIBO’s technical and security teams immediately took actions to fix this vulnerability risk and confirmed there is no any lost on actual end users within the same day. After that, VpnMentor also updated its related report at their blog to confirm ORVIBO had fixed the vulnerability. VpnMentor had also informed related overseas media so that those media updated the news report that ORVIBO has secure the potential risk. Remarks: Screenshot for reference. 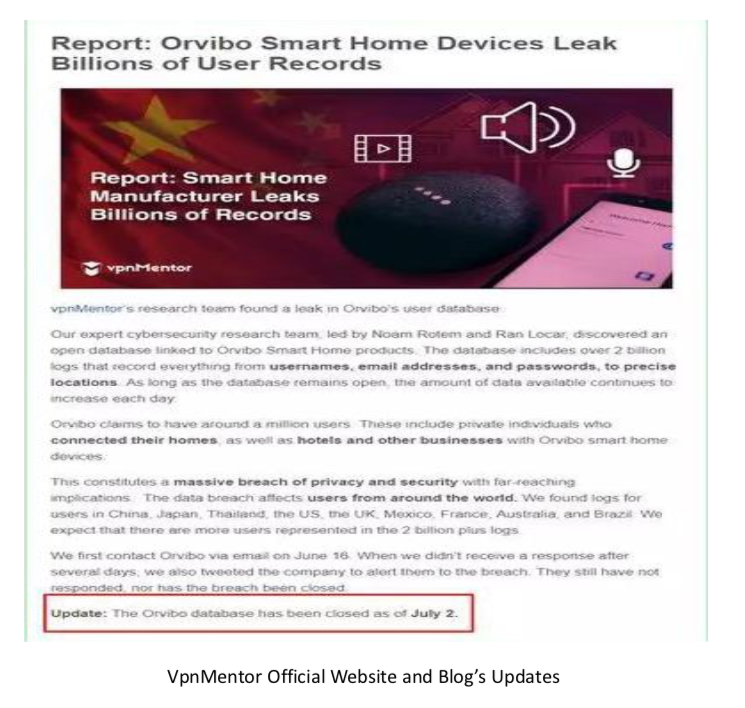 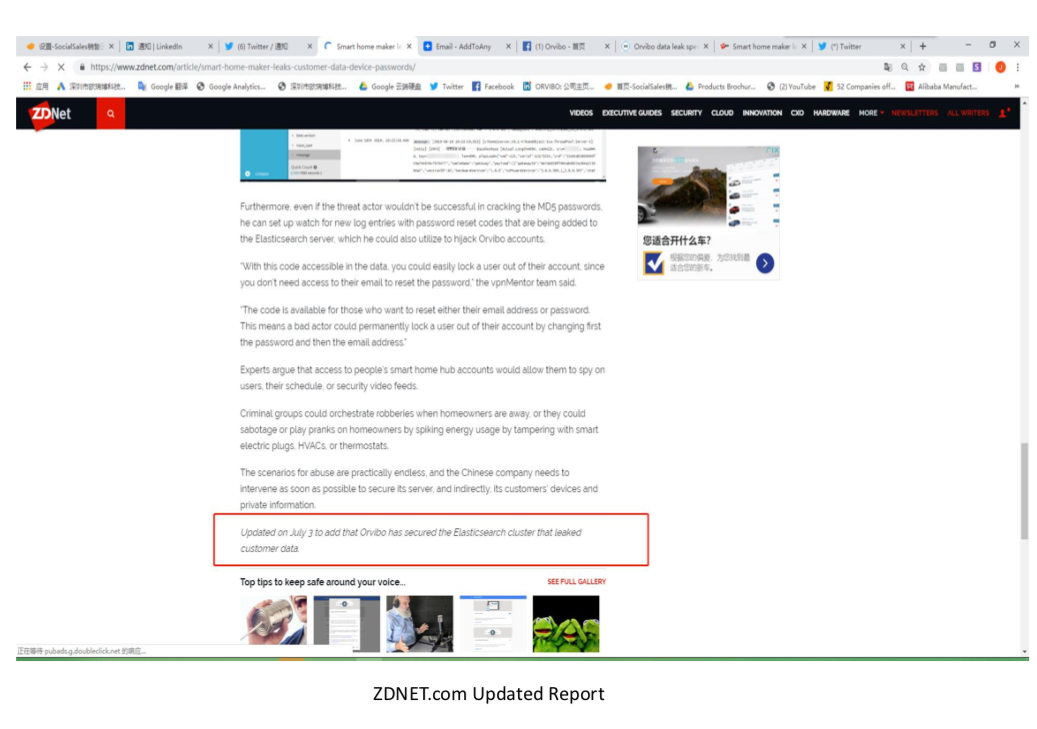 For some media’s misreport of “2 Billion Users Data Leak”, our clear statement as below: